Re-Framing The Politics of Design 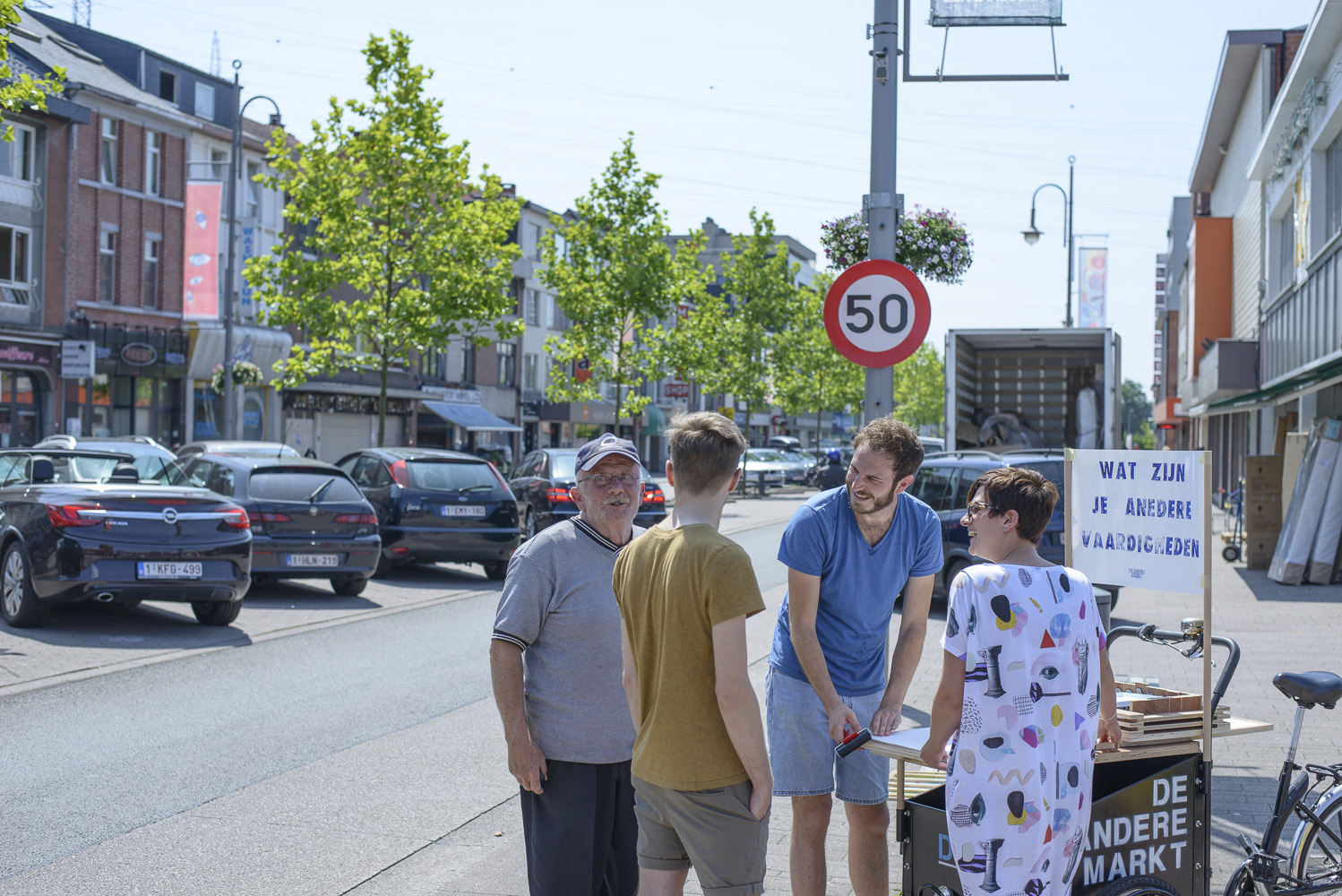 De Andere Markt (DAM) is a project initiated in 2015 by researchers of the University of Hasselt and LUCA School of Arts, with support from the City of Genk and the European Union through the FP7 framework project TRADERS. Based in a shop front in the neighbourhood of Winterslag, DAM has worked on several projects to think, talk and prototype alternative (work) futures for the city of Genk. Even if the physical location has served as an important asset and a homebase to connect with different organisations and actors of the city, the most important resource of the project is the network we have built. This website presents different networks started in the city of Genk (and later expanded to cities like Hasselt, Leuven, Mechelen, Houthalen-Helchteren) that gave birth to different projects and initiatives.

The Other Market is active in various places. See MAP with buttons where you can see stories, images, text and video linked to the places we worked on.

In those places we bring together the various people, places and organisations. See the ACTORS.

In these places, we use various tools to engage in conversation with the people and organisations who live and work there, such as our tandem bike that was rebuilt into a graphical print press, see TOOLS (multiple images, text and videos).

We are also looking for new connections between people, places and tools, see NETWORK and invite you to fill in the gaps.